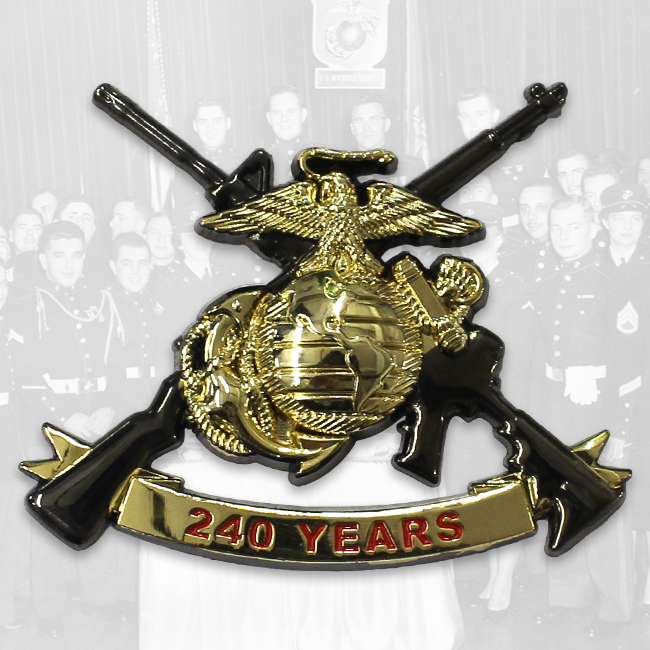 Any marine or person who’s worked for the DoD is familiar with custom marine corps challenge coins. They’ve been a part of the American military for more than 100 years. They represent hard work while also instilling pride in a unit.

Veterans and service members save these coins as keepsakes, as they remind them of a part of their lives that were spent serving their nation. They show how many missions they were a part of and how many units they worked for.

There’s a famous narrative about challenge coins and their origins that link the tradition to World War I. According to the story, a wealthy lieutenant gave each member of his unit coin-sized bronze medallions as mementos.

He kept his medallion in a leather pouch and wore it around his neck. Later, he was captured by the German patrol after surviving a plane crash. The German patrol took away all of his identifiable items to ensure he doesn’t get recognized if he manages to escape, which he did.

Luckily, they didn’t take the medallion, which contained his unit’s insignia. It helped him prove his identity to Frenchman and saved his life. He was later given a bottle of wine, perhaps as compensation for his initial treatment.

A tale of Vietnam!

Another interesting story says that the origins of the Marine Corps challenge coin go back to the 1990s. In Vietnam, the challenge was started in an attempt to keep non-infantrymen away from an Army infantry-run bar.

According to the challenge, a person who was unable to demonstrate that they have been in combat had to order drinks for every individual in the bar. Over time, things escalated as infantrymen started using rockets and grenades as proof.

Hence, a coin-sized item, which is now known as a ‘challenge coin,’ came into existence and became a standard of proof. This tradition is still continued, hence the coin is termed as a challenge coin.

Are you looking for a distributor of marine challenge coins?

Contact Challenge Coins 4 U today! We’re a challenge coin maker online that creates premium-quality custom challenge coins. Our challenge coins are meaningful, unique, and lasting. To learn more, give us a call at 1-844-270-0400.

Air Force Challenge Coins And Why They Matter

Where To Find The Best Custom Challenge Coins In Fort Carson, Colorado