How Challenge Coins Can Be Used to Boost Workplace Morale

You might be thinking: one coin? How can that make a difference?

But then again, it’s no ordinary coin. It’s a challenge coin, one that’s normally associated with some hotshot military personality or a Navy SEAL. Traditionally, challenge coins have a history that dates back to the First World War. They were used mostly only as awards for military personnel. The idea of using them in a corporate environment, thus, might sound a little iffy to you—but hear us out.

The Concept of Reward 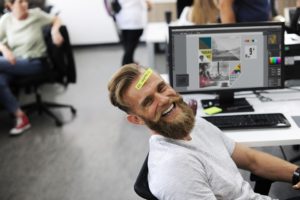 If you’ve heard of Pavlov’s conditioning, you know that the concept of reward is pretty rewarding indeed. But you aren’t just looking at productivity here—the kernel of this blog is to show to you that challenge coins help boost employee morale and that matters just as much.

When people are given rewards, they are generally under the notion that they have done something right, something good—something that must be done again. The reception of the reward does more than making them happy: it makes them excited and genuinely interested in carrying their good deeds forward, and this works brilliantly well for you and your employee.

How Do You Boost Workplace Morale with Challenge Coins?

There are, of course, many ways of boosting workplace morale—such as company picnics, bonuses, social events, and so on. Challenge coins, however, bring a whole new tangent to the equation.

First, as they’re already associated with “service” (albeit military) and are already seen as an emblem of great valor and courage, they become something more than an award. Second, as they’re up for grabs by everyone working in the office, they’ll become revered as something that must be possessed.

Third, even once the employee has left or has retired, their challenge coins will be the witnesses of their excellent performance and hard work—something that they can use to prove their capability to their new employers.

Lastly, if it’s a challenge coin that’s given after a challenge (such as a special task, a particular objective or target that must be achieved), it’ll be a symbol of great pride for the employee—something that sets them apart from their colleagues.

So Where Can I Find a Distributor for Such a Coin?

Use these expertly designed custom coins as a reward for your outstanding employees, or to present as a parting gift to an employee who is leaving. They will keep it and cherish it always, which is more than a regular bonus will do.

Get in touch with us to place your orders today.